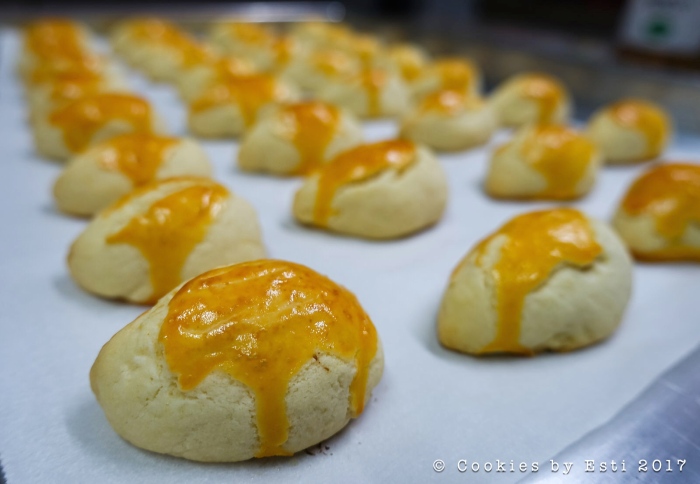 Christmas cookies and happy hearts, this is how the holiday starts

PS. Pineapple-filled cookie (Nastar) is one of the classic popular cookies baked during Christmas and holiday season in Indonesia.

PPS. The first batch of these cookies didn’t last long in our home, nom nom! 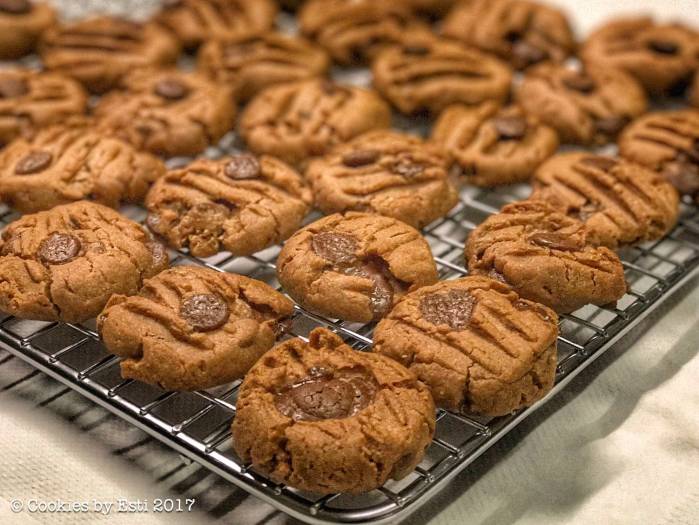 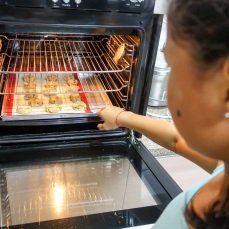 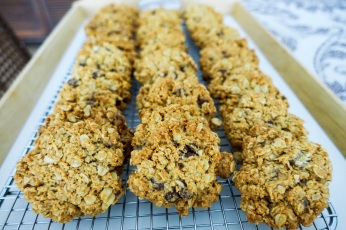 Little Miss loves Anzac biscuits ever since she learned how to make it as part of her year group school activity during their World War 2 topic (she told me that before being named Anzac biscuits, these biscuits were said to have been called Soldier’s biscuits being Oats as the main ingredient, along with the other ingredients – sugar, flour, coconut, butter, golden syrup and bi-carbonate of soda – were used because they would be able to withstand the long journey via ship that the biscuits had to make to reach the troops).

Knowing her love of anything with chocolate I decided to tweak the original Anzac biscuits recipe by using coconut sugar and adding dark chocolate chips in it.

The result? Can’t keep them long enough in our home, the Anzac biscuits jar is running low so fast that Little Miss requested to bake it every other day.  She even agreed to bake it under my supervision, love it! 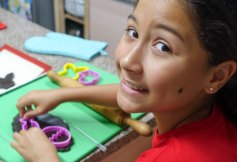 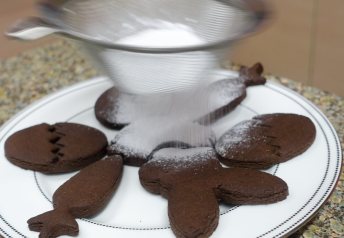 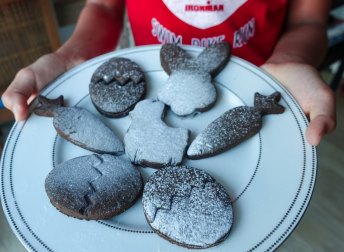 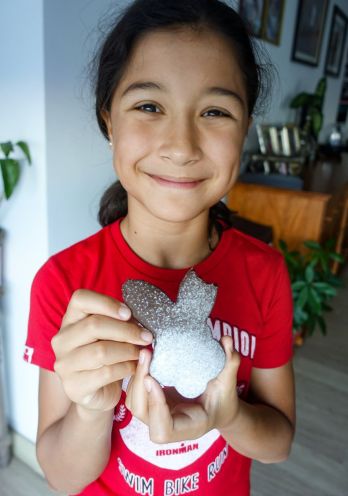 In between swimming training, rubik cubes playing, art colouring and book reading, Little Miss and I managed to bake some Chocolate Cookies and Banana Bread today. I still remembered vividly all those time Little Miss helped me baking Easter cookies in Jakarta, Bangkok and Shanghai, it was so much fun but lot’s of patience (and cleaning) required. Nowadays I just made the dough and she’ll take over the rest (including cleaning up!), lucky me.  This time around we skipped the royal icing on the cookies (too time consuming) so sprinkled confectioner sugar it is. We had warm cookies before hitting the gym and fresh banana bread for breakfast tomorrow, happy days! 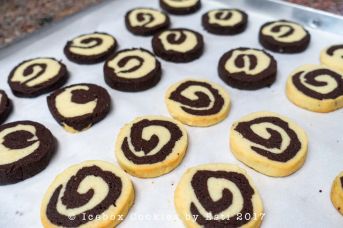 Also called refrigerator cookies (a type of cookie in which the dough is prepared, rolled into a log shape, and refrigerated until the dough is firm) is the secret to my last minute weekday baking. I always prepared the dough ahead of time, label it (FIFO system) and  keep plenty of them in the freezer. Whenever I need freshly baked cookies to fill my daughter snack bag I just sliced it and bake it in the oven.  She loves it when I mixed chocolate dough with vanilla dough, you get all kind of swirl pattern even a perfect letter C sometimes, isn’t it COOL? 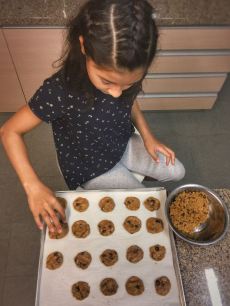 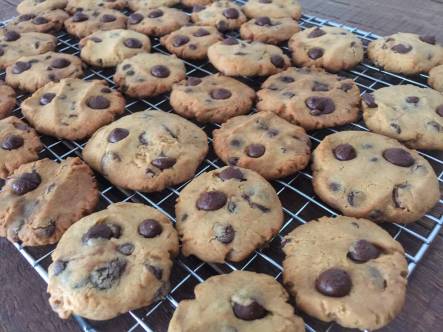 First day of school term break, my daughter is on a mission. She told me over the weekend that my chocolate chips cookies were lacking substantial amount of chocolate chips, it should be triple the amount (haha!). I told her that it was my normal recipe perhaps she doesn’t remember since I haven’t baked it for a while. My smarty pants then challenged me, she said can I please bake it myself?

So there she was on a Monday morning in my baking studio, pouring loads of semi-sweet chocolate chips on her cookie dough and baking away. She was so proud of her creations she brought it to her swimming training for her after training session snacks.

Well, let me put it this way, if I swam as many laps as her in couple hours per day I will want triple amount of chocolate chips on my cookie as well 🙂 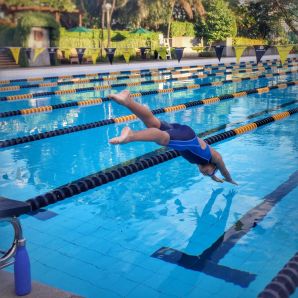 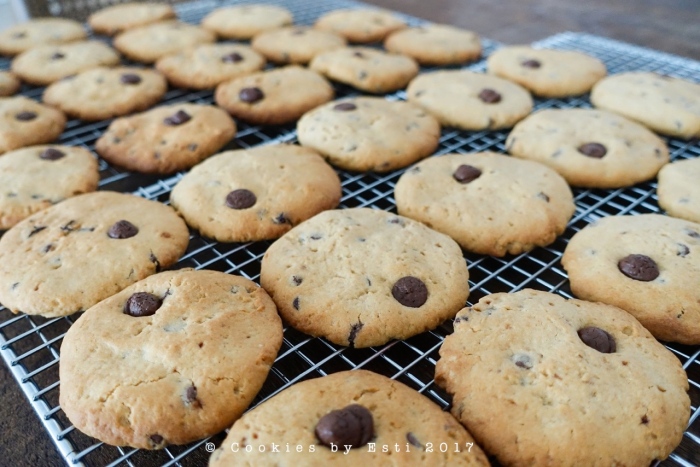 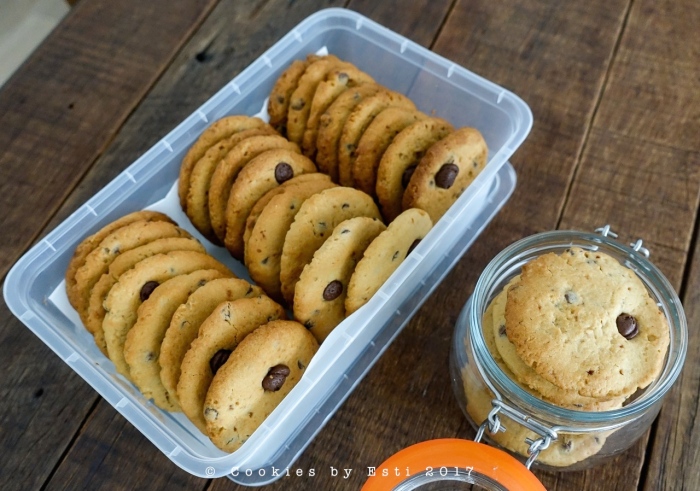 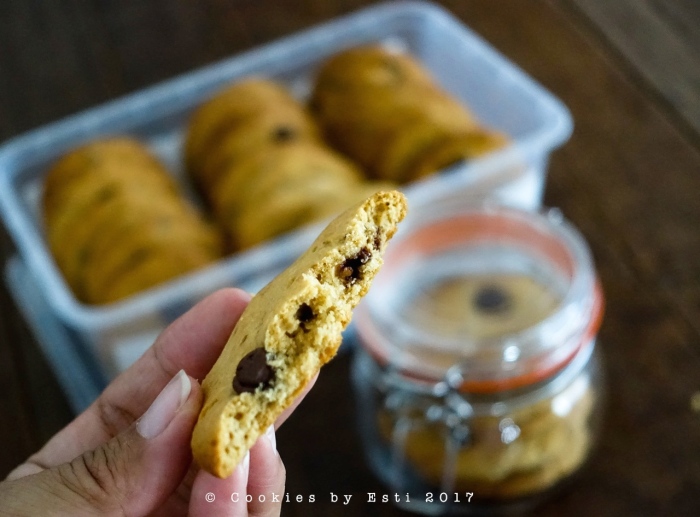 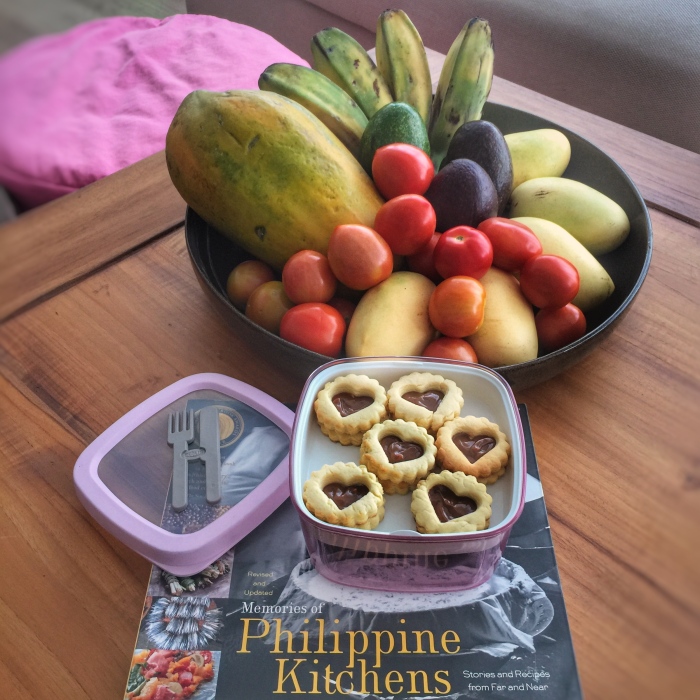 Once a week I made a trip to Farmers Market nearby our neck of the wood here in Manila, it’s my way of knowing what fresh items are in season. This week I discovered that avocados and mangoes were crowding the shelves on fresh fruits sections, hoooraayy!

My daughter will have her favourite sliced mangoes and freshly baked alfajores for her after school activities snacks today and Saba banana fritter for me, yum!

Trying new colour on our annual xmas cookies icing sugar today. My daughter current favourite colour is periwinkle (it’s a mixed of blue and purple). I’ve added a few drops of each on the royal icing and voila, a lovely shade of light blue as a result, she approved! 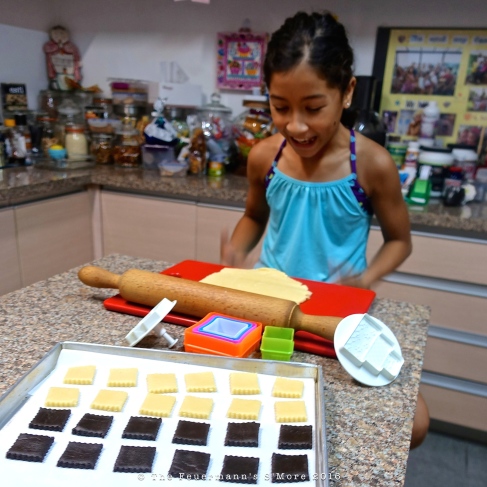 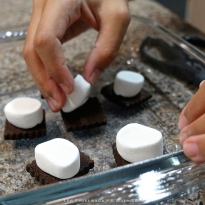 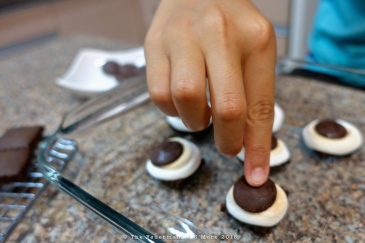 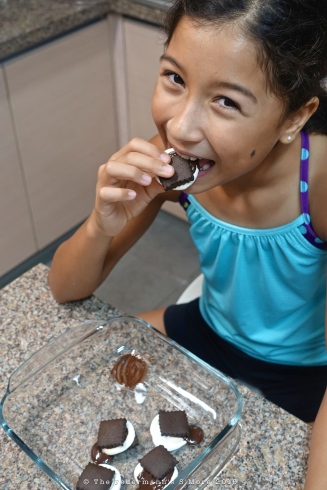 My daughter baked one of her favourite dessert from scratch today, I was only allowed to do the oven part and taking photos, what a treat! 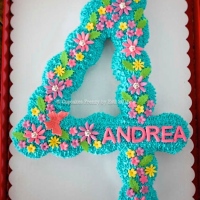